"The chaos that has engulfed Libya in the last few weeks has sent ripple effects throughout the society. One unexpected group has been called up to fill gaps that no one could have anticipated.

The Boy Scouts of Libya, around 3,500 in the town of Benghazi, are organized, and able. They find themselves called upon to take on tasks that many would expect of the state - or at least more professional, trained volunteers."

Extract from an article written by Phil Ittner Voice of America .

When the situation started to get out of control in eastern Libya, "(...) a vacuum formed in social and other basic services. Also compounding the problem is that so many of those who should be doing these jobs came from neighboring countries. Libya’s population is sparse and outside workers were needed. And they were first to flee when the fighting started.

So, whether it is working in the bloody mayhem of a hospital or directing traffic because (...) in many cases it is now scouts who are sorting out the international medical aid that has flooded in. These young boys and men - in uniforms recognizable around the world - are no longer just a youth organization. They are helping to keep order - a job perhaps well beyond their tender years.

The man who heads the Scouts in Benghazi, Abdul Rahman, now finds himself leading an organization which is no longer about keeping kids on the straight and narrow but instead about mobilizing them to help. The moment has filled him with pride over what his young charges can do.

"Because of God and for myself, it adds to my pride being enrolled at the Scout movement and as an international movement we offer a service to my country," he said. "With my experience and as a history of the movement we give activities that have a good response and they praise the scouts and give us self satisfaction."
Pubblicato da serfior a 19:03 Nessun commento: Link a questo post 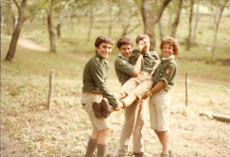 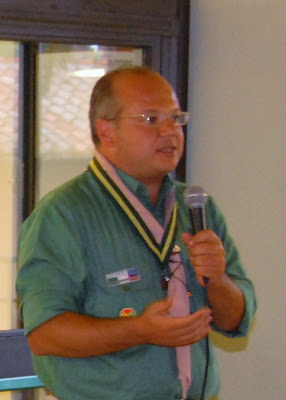